Launched in Winter 2017 and active throughout the 2018 election cycle, the non-partisan National Social Work Voter Mobilization Campaign integrated voter engagement information and action into social work education and agency practice. With field education as its “hub,” the exciting campaign targeted the 12 million clients served by social workers every day. Many of our highly under-represented clients and communities are among those most likely to face voting barriers, including gerrymandering laws.

Based in the 800 plus social work professional programs nationally, helped by a growing data base of participants, hundreds of faculty, practitioners, and students joined the Campaign, attended informational webinars on voting, pledged to participate and utilized our updated, resource-rich web site. Together we registered unknown numbers of voters, worked to get-out-the-vote, promoted civic participation and hopefully put a dent in voter suppression.

Reflecting the NASW Code of Ethics and the CSWE (EPAS) call for activism and ongoing civic participation, the Campaign was quickly endorsed by the major national social work organizations (CSWE, NADD, BPD, CSWA, ACOSA, NSWM, CRISP. #Macrosw, NRSWC, NAPSW, NASW, LSWO, NANFED, ISP) as well as many NASW Chapters, MSW and BSW programs, and thousands of social work agencies across the country. In a short amount of time, the largely volunteer effort activated social workers nationwide to counter the prevailing but misleading national narrative that “voting doesn’t matter” or “isn’t relevant to my life”– belied by so many close votes in 2016.

Voting improves individual well-being. Groups and communities with more voters also gain the attention of elected officials. Meanwhile, by not voting the majority cedes its political power to others. Social work is well-positioned both to ensure that no individual community remains under-represented and underserved and to strengthen the nation’s democratic institutions against mounting threats. Voting IS Social Work is committed to expanding engaged civic participation over the long haul. We are “on the road to 2020 and beyond.” 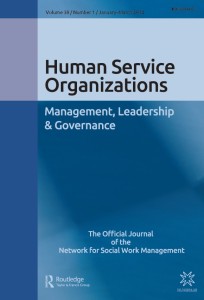